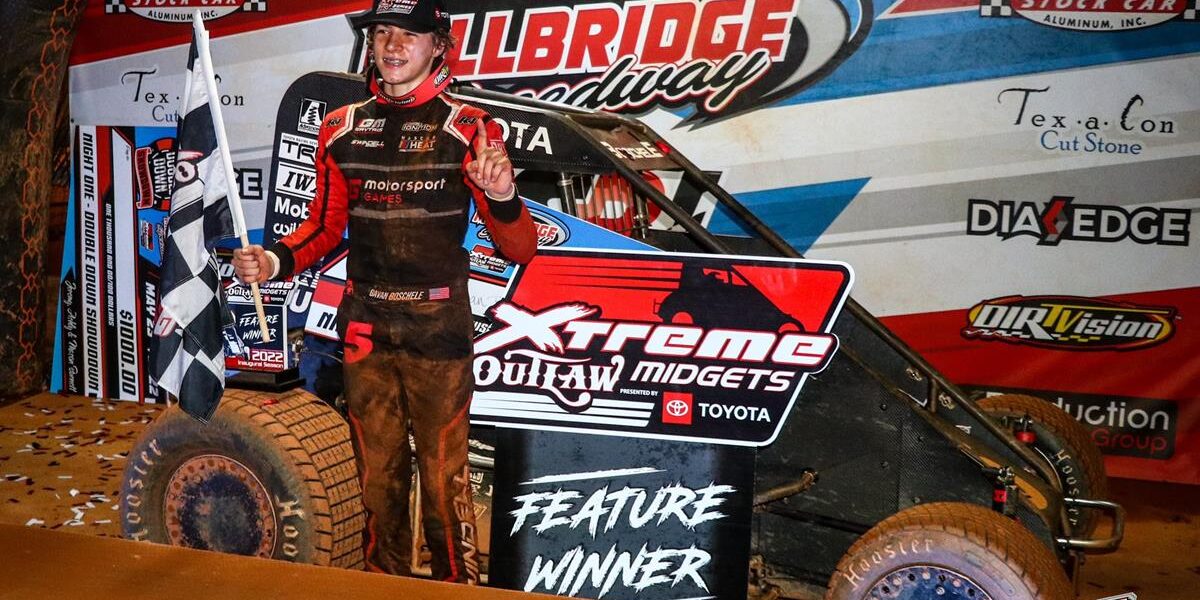 Gavan Boschele, the 14-year-old phenom from Mooresville, N.C., etched his name in the history books winning the inaugural race of the Xtreme Outlaw Midget Series presented by Toyota – the Double Down Showdown at Millbridge Speedway.

Boschele started on the pole but was quickly put into second spot by his Keith Kunz Motorsports teammate Bryant Wiedeman, who led the first 21 laps of the 30-lap feature. A restart with nine laps remaining bunched the field, on the first green flag lap Boschele gently hooked the back bumper of Wiedemam’s car sending the leader spinning.

From there it was Boschele in command, racing to the $4,000 victory. It was his second National Midget series win, following up a POWRi win last season. Boschele first cut his laps in a race car at four-years old at Millbridge, making the win a special home track affair.

Zach Daum went from 12th-to-second in the race with runner-up honors with another Mooresville driver Nick Drake third.

First time running sprint car at 1/2 mile,only my 4th full sprint car race!@VolusiaSpeedway is fast&fun!On the fence for A main…Started 9th,finished 13th. Made to many mistakes on the fence! Special thanks to BK&Eric for hard work&great car! I’ll be better!
Do it again tonight!